History of the Kentucky Ornithological Society

The history of the Kentucky Ornithological Society (KOS) is a record of people who are, and have been, dedicated to the observation and recording of birds in Kentucky and, hopefully, will be an inspiration for others, young and old, to continue to do the same.

The Kentucky Ornithological Society was organized in Louisville, Kentucky, in April, 1923, by Dr. Gordon Wilson (an English teacher from Bowling Green), Dr. Otley Pindar (a physician from Versailles), and Mr. B.C. Bacon (a civil service man from Madisonville). Their first meeting was held at the Seelbach Hotel during the same week as the Kentucky Education Association was in session. Mr. Bacon wrote most of the first constitution, which remained in effect until it was revised in 1940 (and again in 1991 and 2000). Dr. Pindar was elected the first President; Mr. Bacon was elected the first Vice-President, and Dr. Wilson the first Secretary-Treasurer.

With the formation of KOS, the number of state ornithological societies in the South increased to two. The other was the Tennessee Ornithological Society. One of the founders, Albert F. Ganier, encouraged the formation of KOS after first meeting Dr. Wilson in 1919. The first member of KOS was Miss Emily Yunker, school garden and nature study director of the Louisville schools and her dues were fifty cents!

The Society continued to grow, increasing its membership and its commitment to the study of ornithology in Kentucky. Among the achievements since its founding:

Our members are devoted to the preservation of bird habitat in our state, but our contribution is more in the way of identifying what is there, including important nesting and migratory stop-over territory, and leaving it to organizations such as The Nature Conservancy, The Kentucky State Nature Preserves Commission, and others to purchase and preserve this land. However, we have consistently supported environmental causes by letters and contact with state and federal policy makers.

KOS is a healthy organization, with many energetic and very knowledgeable birders as members. We are fortunate indeed to have members of all ages and levels of experience in KOS, all bound by a common desire to enhance our knowledge of birds in Kentucky. The fun that we have birding together is a joyous byproduct of belonging. KOS has always had an excellent mix of professional ornithologists and amateurs. The trained eyes of all of us throughout the state provide invaluable observations of and information about the birds of Kentucky. 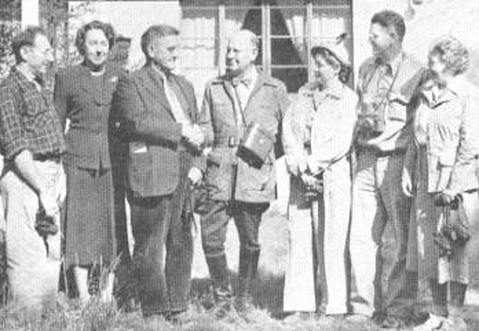